Ballet Twins: Two Sets of Siblings on What It's Like Becoming Professionals Side by Side

This is the third in a series of articles this month about ballet siblings.

Ballet is already a competitive world, but how do you dance alongside someone who looks exactly like you? How do you deal when you're constantly getting mixed up in the studio, or when one gets an opportunity and the other doesn't? For twins, no two approaches are quite the same. Though twin sisters Elizabeth Harrison and Marie Harrison-Collins initially chose to part ways after their training years, they're now in their third season dancing together at Milwaukee Ballet. Meanwhile, twin brothers Shaakir and Naazir Muhammad always intended to stick together, but ultimately found that more opportunities were available to them if they split up and joined different companies. Both pairs told Pointe about their experiences training together, the challenges they've faced and how they support each other.

Elizabeth Harrison and Marie Harrison-Collins never expected to find themselves dancing for the same company.

Growing up in Hong Kong, the sisters started dancing at age four, and trained together all the way until college. Being twins never felt like an issue until they got older, and more serious about pursuing a professional career. "It started getting annoying because we're very identical, and people just perceived us as one," says Marie. "Dance is so competitive in itself, and to be compared to someone who's identical to you, and your best friend—that's hard. It came to a point where it wasn't healthy." 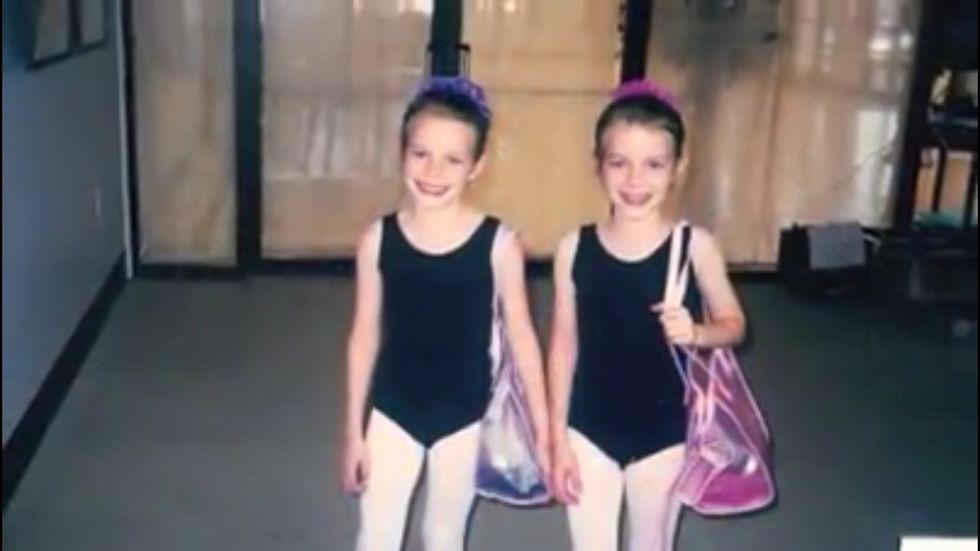 In high school, the twins remember being pulled aside by their director before a performance, and told that it didn't matter which one of them did the solo, because they looked the same anyway—the director left it up to them to choose. "I think that was kind of the turning point," says Elizabeth. "We realized, 'Okay, if we want to do this as a career, at some point we're going to have to separate in some way.' " They chose different colleges, with Marie pursuing a BFA in dance performance at Butler University, and Elizabeth heading to University of Oklahoma, earning degrees in ballet and international relations.

After graduating, Marie landed at Milwaukee Ballet and Elizabeth joined Cincinnati Ballet's second company. But after a year there, she felt ready to move on. Elizabeth ended up auditioning at Milwaukee, and getting the job. "At first I didn't want her to come, to be honest, and I was so mad," says Marie. Now, she says she needn't have worried. "They see us as two totally different people, and it's been awesome." Coming into the company at different times made the transition even smoother. "Marie was here for a season before me, so she kind of got her footing, and then I came in," says Elizabeth. 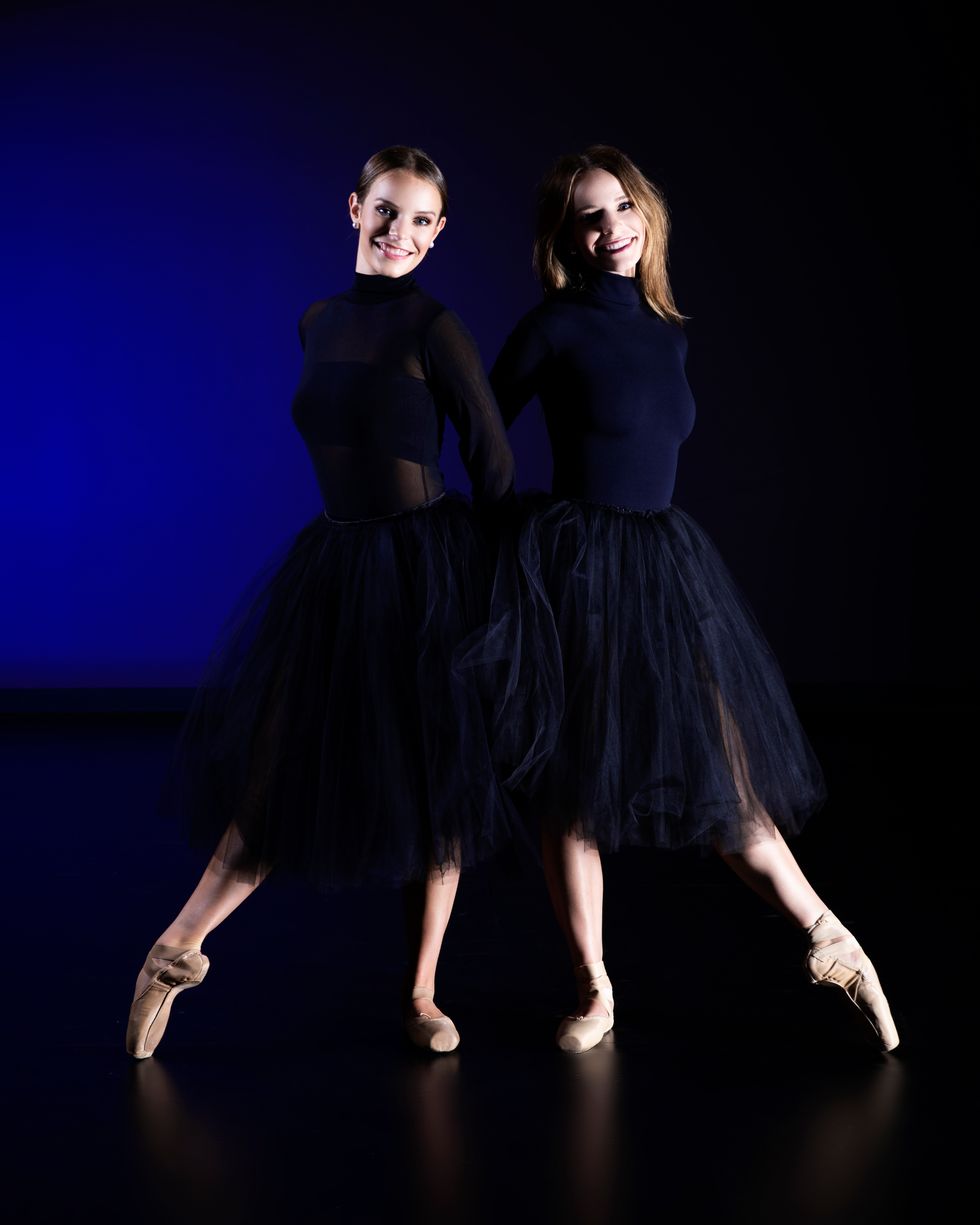 The sisters have now been dancing there together for three years, and they stress that there's no real jealousy or competition between them. "We want each other to have the best," says Marie. "If someone gets something, it's almost better than getting something for yourself. And I think we acknowledge that we both have different strengths." They're also able to push and support each other, and give each other a healthy dose of perspective after a bad performance or a rough class. "You just have a sense of no matter what you do you have someone there with you," says Marie. "And someone there with you that's so honest," adds Elizabeth. "No matter what, you are always going to get the honest opinion."

They sometimes find themselves dancing the same roles (particularly when corps work is involved), but feel that their different strengths and personalities are taken into account with casting. "I'm probably perceived more as the cute one while Marie is probably perceived more as the sexy one," says Elizabeth, "so in general, I'll do Clara in Nutcracker and Marie will do Arabian, or something like that." Whenever they do corps work together, they're extremely in sync. It makes sense. "We've been dancing since literally Day One in our mom's stomach," says Marie with a laugh.

Brooklyn natives Shaakir and Naazir Muhammad had always promised each other they would join their first company together. After getting hooked on ballet at age 6, and beginning their training at Brooklyn Ballet School, they won full scholarships to American Ballet Theatre's Jacqueline Kennedy Onassis School. Both brothers remember being glad to have a friend and supporter with them as they entered the pre-professional world. "It was a very new scene for us," says Naazir. "When we got to the school, we were the only African Americans. We didn't really know how to interact with the other kids. It was a different culture." 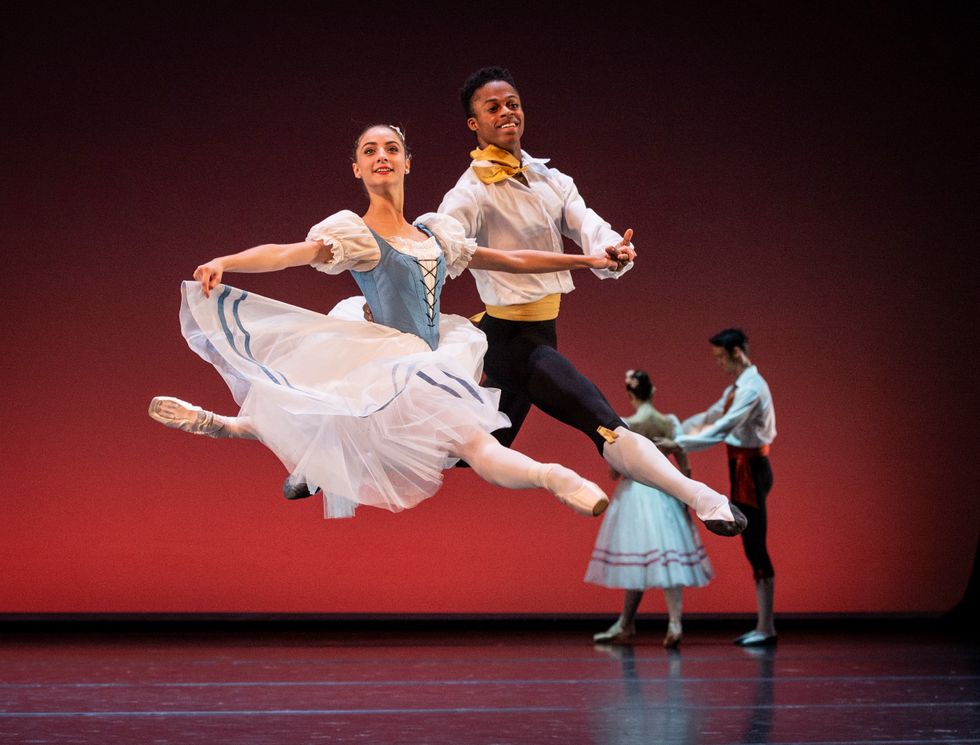 The brothers didn't feel competitive with each other, but they still felt the weight of others comparing them or mixing them up. "I don't even remember people calling me Naazir, they would just say 'the twins are going to do this,' " Naazir says. "We found it really hard to differentiate ourselves in school." Shaakir adds: "We never actually saw it as a competition, more like helping each other. Our superiors were the ones that were always comparing us." He remembers the day Naazir got an email asking him to meet with the school's director, where he found out he was being promoted to ABT Studio Company. Shaakir kept checking his email too, but a message never came. "My brother was promoted and I had to stay back a year," he says. When it was his turn to meet with their ABT teachers, "they kept talking about my brother's dancing to me in the meeting, and telling me what I needed to improve on," he says. "I couldn't figure out why they had to make me feel as if, if my brother could do something, that I had to be able to do it just because we're very alike." 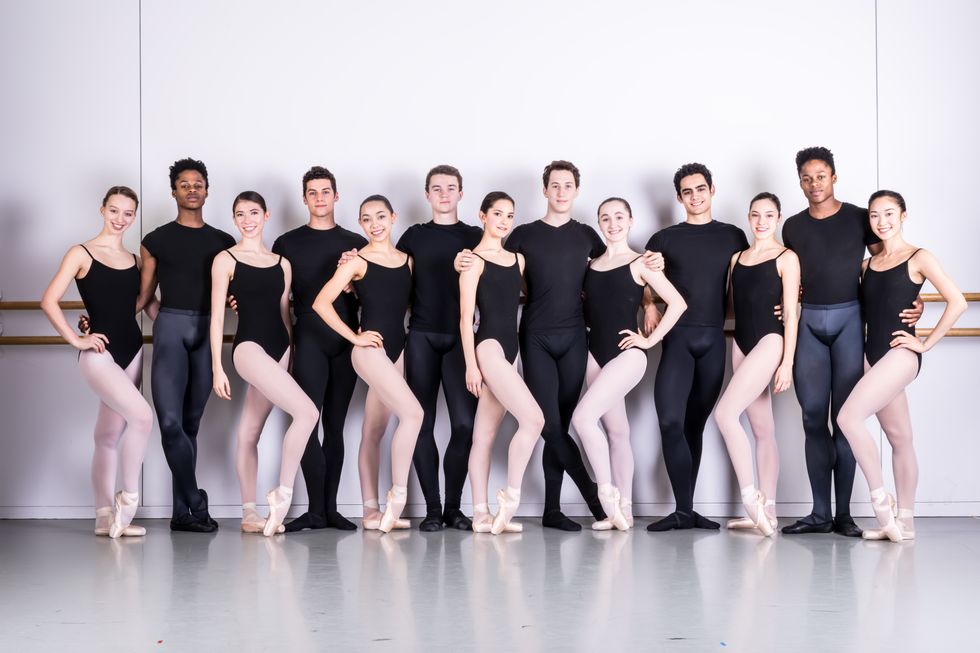 Shaakir accepted a contract at Houston Ballet II, and, staying true to their promise, Naazir auditioned there as well. The brothers joined HBII together, but after a year, the same pattern repeated when Naazir was offered an apprenticeship and Shaakir was asked to stay behind. "I didn't want to do that, because it'd be too painful," he says. He was happy for his brother's success, but his confidence also took a hit. "I remember feeling like 'Okay, if this happens at two companies, then maybe it's true. Maybe my brother is a better dancer than me.' " Shaakir stayed through the end of his contract, but then accepted an offer from Norwegian National. For the first time, the brothers would be at two different companies. 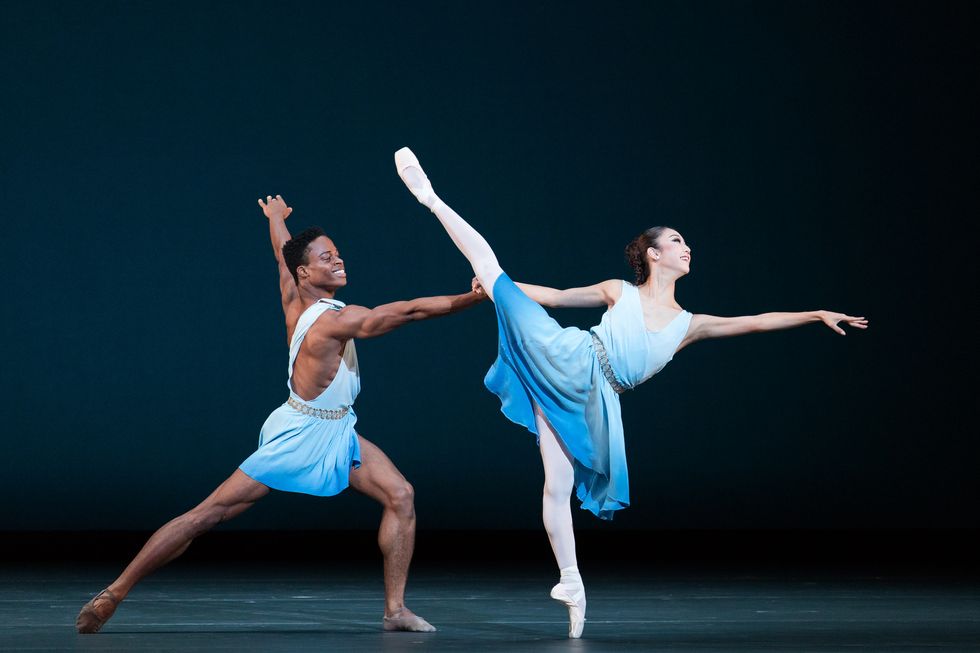 Adjusting to life apart was a major change. "It was a bit confusing," says Naazir. "I don't think we had ever been apart for longer than a week." Navigating a new company, language and culture in Norway, plus being without his brother, was challenging for Shaakir as well. "I was lonely, and having extreme separation anxiety, constantly having dreams about my brother and then waking up and realizing that I was in Norway and not America," he says. But since that first year, Norway has started to feel like home. It's a clean slate, a place where people call him by his name and treat him as an individual, without comparing him to his brother. "Now that we're separate, we get to finally hone our own skills and be ourselves, and I think that's done both of us very well," adds Naazir.

The brothers talk on the phone every day, and send each other videos. "Especially if one of us is doing a prominent role—always got to send the video to my brother," Shaakir says. "I see the improvement in him in two years." Naazir agrees: "He was different when I met him again," he says of Shaakir's first visit home, seven months after moving to Oslo. "I feel like he had grown as an individual."