When the San Francisco Ballet School trainees flew to Texas for a week of classes and performances with Houston Ballet II last year, HBII dancer Mackenzie Richter felt the need to step up her game. “The SFB dancers were so talented," says Richter. “I realized right away that I was representing my school, and that pushed me to do my best."

There's nothing quite like the jolt students receive from a change of surroundings. And as school collaborations become increasingly popular, it's easy to see why. In addition to allowing dancers to experience new teachers, they provide opportunities for them to assess the competition, network and learn about other cultures both inside and outside the studio. “When you leave the nest and see the bigger world outside your studio walls," says Houston Ballet Academy director Shelly Power, “you see how different dancers approach their work." 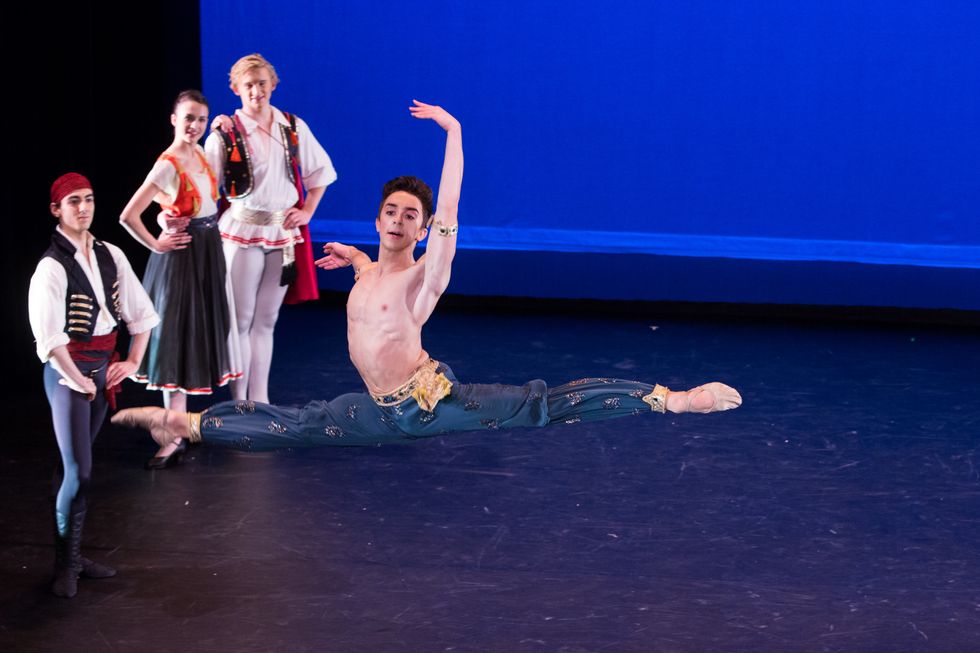 Houston Ballet launched its inaugural exchange with the SFB School Trainee Program in 2014 for a whirlwind week of classes, rehearsals and outings, all of which culminated in two final performances. In addition to rehearsing their own repertoire, the dancers worked together on a joint piece, rehearsing separately with a video ahead of time so that they were both on equal footing once they came together. This November, HBII traveled to San Francisco for an equally jam-packed collaboration.

Richter experienced several "aha" moments during the 2014 exchange. "I watched how the SFB trainees incorporated corrections from our teachers that we have heard over and over," she says. And taking class from SFB faculty opened her eyes to other ways of thinking about her technique.

"New teachers always breathe new life into corrections," says Power, who noticed a definite bump in growth among the students. "Peer-to-peer competition is good because comparison always gives us a new benchmark to assess ourselves," she says. "Maybe you need a little push, and seeing other students as good as you are puts you on that higher level."

American Ballet Theatre Studio Company director Kate Lydon agrees. For more than a decade, the ABT Studio Company has joined forces with The Royal Ballet School for master classes and joint performances as a way to expand the dancers' horizons. The schools take turns hosting each year, and the dancers have plenty of opportunities to sightsee. "Whenever we travel, it's marvelous for the dancers to be exposed to such a high caliber of training," says Lydon.

Some students thrive on the surprising similarities an exchange can offer. "It's really inspiring to take class and talk with these students who are just as passionate as you are about what you do," says former ABT Studio Company member Tyler Maloney, now an ABT apprentice. "Even though we all have this similar ultimate goal, it's interesting to see how we all come from completely different upbringings." 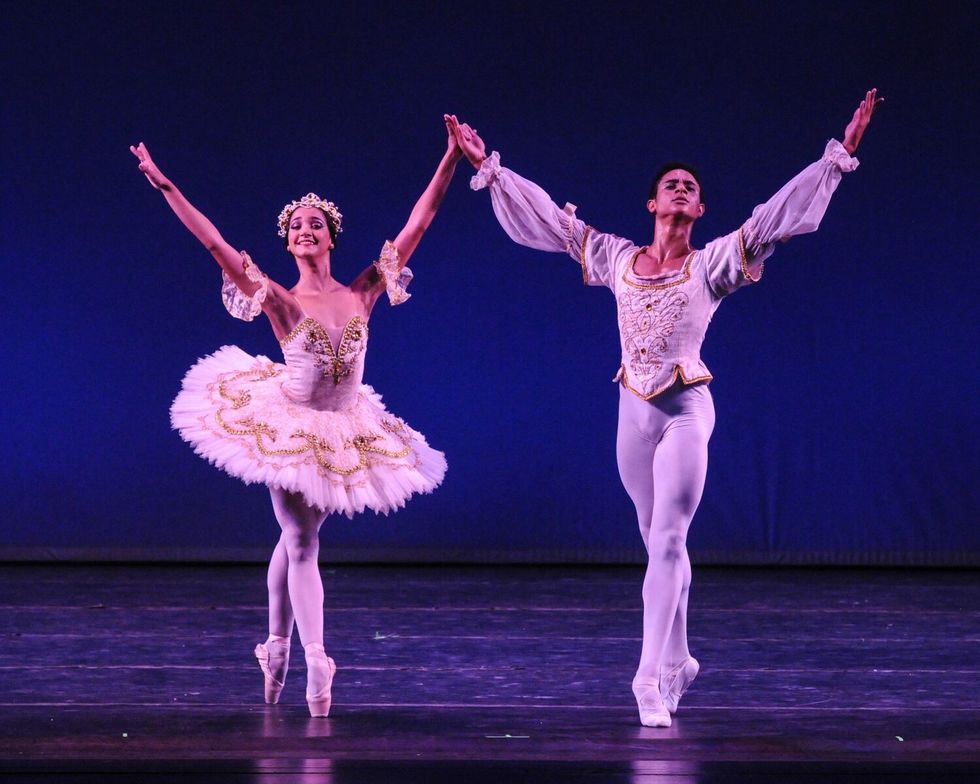 At the Sarasota Cuban Ballet School in Sarasota, Florida, founders Ariel Serrano and Wilmian Hernandez, who both defected from Cuba in 1993, arranged an exchange with the Cuban National Ballet School because they wanted to expose their students to the school director—and their former teacher—Dr. Ramona de Saa. In April 2014, Serrano and Hernandez brought a group of students to Cuba to participate in an international competition and a workshop at the school in Havana. Then in July, de Saa and a half-dozen dancers from the National Ballet School came to Sarasota. They repeated the exchange in 2015, and hope to make it an annual event.

Because both schools are Cuban in lineage, there are few training differences, yet the classroom culture is slightly different. "Cuban students must adhere strictly to every rule or they are suspended immediately," says Hirschburg. "They work so hard," says SCBS student Lucy Hamilton. "They inspired us to work even harder."

For the American students, traveling to Havana opened their eyes to the Cuban dancers' economic circumstances. Although the Cuban government provides the training, basic supplies (such as pointe shoes) are very expensive. "Even though they have so little, they have such a positive attitude," says Hamilton. When the National Ballet School students came to Florida, SCBS arranged for local dancewear shops to donate much-needed supplies for them. 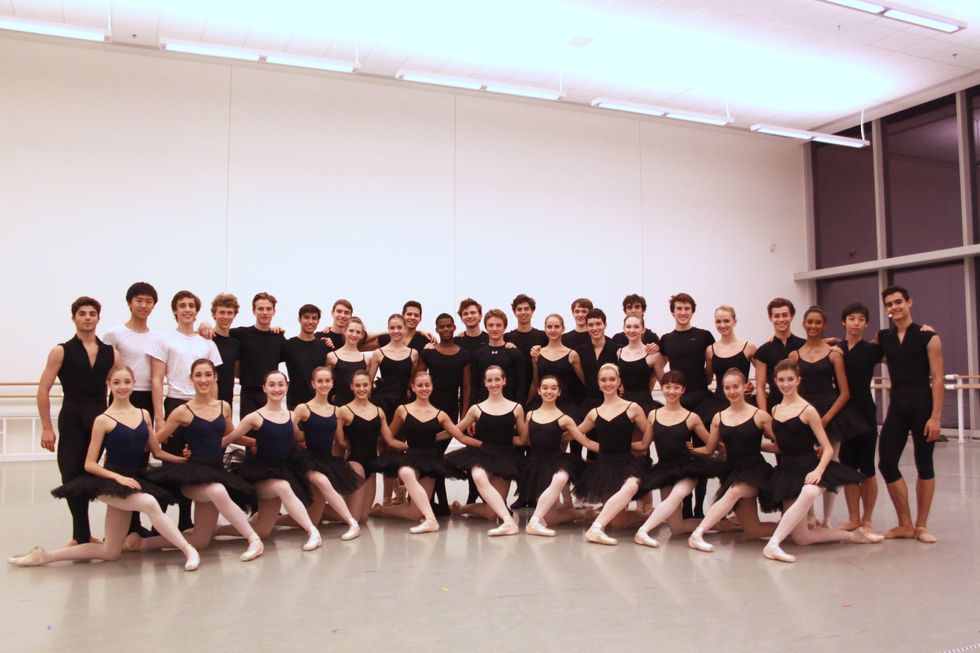 A week may not seem like enough time to make much of an impact on one's training, but that isn't really the whole point. Young dancers return inspired to be part of ballet's global legacy. "It was arguably the best experience of my life," says Hamilton. "We formed what I think will be lifelong friendships."