As the star of the 20th Century Fox thriller Red Sparrow (opening March 2), actress Jennifer Lawrence plays Dominika Egorova, a former Bolshoi ballerina who becomes a dangerous and cunning spy. Though ballet is relegated only to the first 10 minutes of the film, Lawrence needed to dance six minutes of Firebird choreography by Justin Peck alongside dancer-cum-actor Sergei Polunin. In the fall of 2016, on Peck's recommendation, director Francis Lawrence invited American Ballet Theatre principal Isabella Boylston to be Lawrence's dance double and asked Kurt Froman, a former New York City Ballet dancer whose many credits include training Natalie Portman for the 2010 film Black Swan, to turn the notoriously clumsy Lawrence into a convincing ballerina in just four months.

They started in the studio. Peck and Froman spent a week building material on Boylston and fellow ABT principal James Whiteside, who acted as a stand-in for Polunin. "We were rehearsing our normal ABT season as well, so we would just rehearse after hours, whenever we could squeeze it in," says Boylston. During this time, Froman also started working with Lawrence in New York. "In my first rehearsal with Jen I had to explain alignment," says Froman. "I told her that for the whole movie, whether she was dancing or not, dancers have a certain way of holding their shoulders back and their ribs closed and kind of a freedom of movement." Froman spent much of the next four months in Los Angeles, training Lawrence in her garage, where she'd set up ballet barres and mirrors. 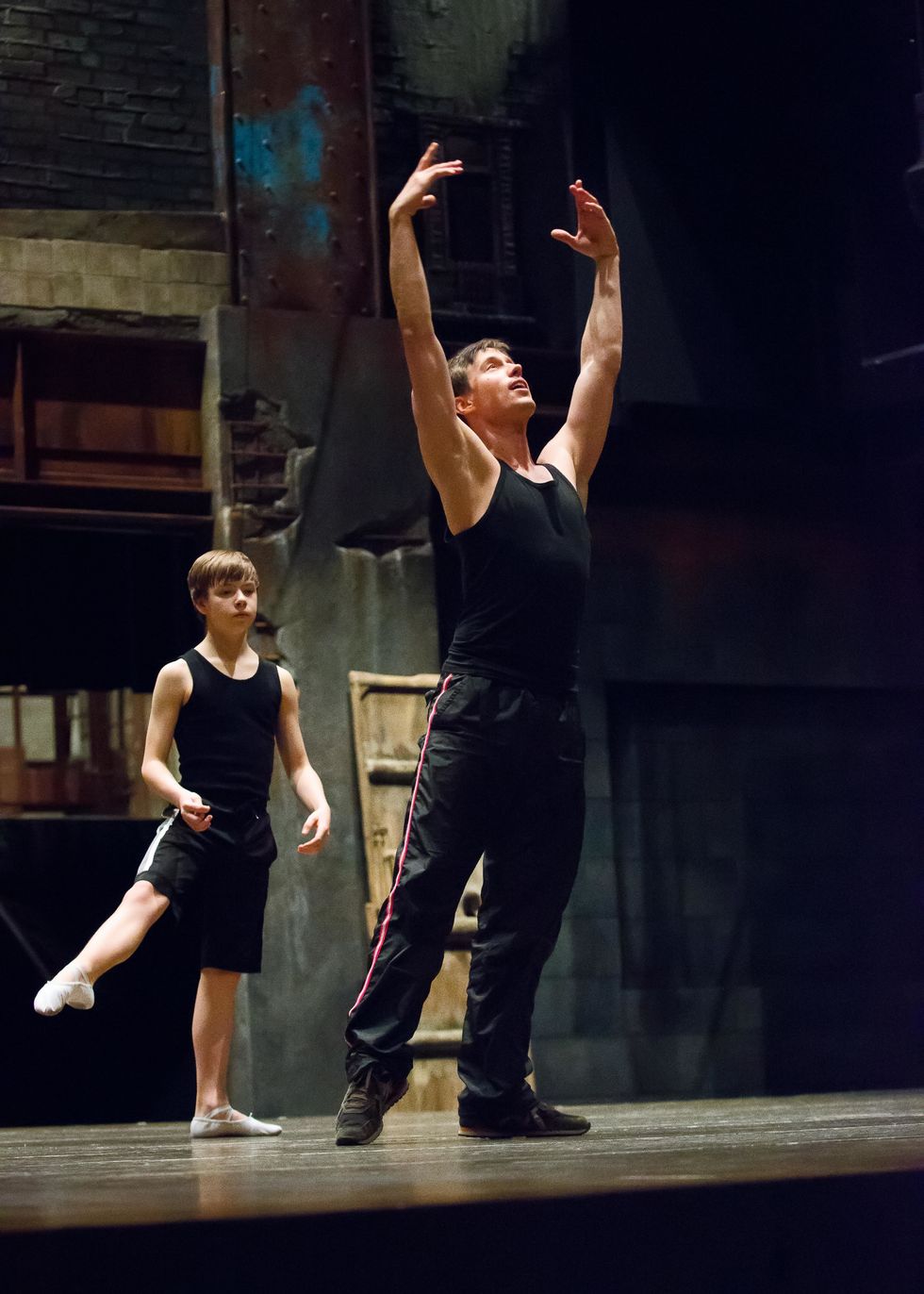 Kurt Froman leading an onstage warmup before a performance of the 2nd National Tour of "Billy Elliot, the Musical." Photo by Kyle Froman, Courtesy Kurt Froman.

In January of 2017, the groups converged in Budapest to film in the Hungarian State Opera House. Dancers from the Hungarian National Ballet were cast as the corps. "We were really lucky because they were very classical in their style, and believably Russian-looking," says Froman. Accustomed to working with Whiteside, Boylston had to quickly adjust to partnering with Polunin. "We actually didn't even really know each other, but I was impressed by how quickly we were able to make it feel natural," she says.

Though the cameras would focus mostly on Lawrence's upper body, she had to perform the same choreography as Boylston and follow the same footprint onstage in order for the film's editors to graft the footage together. Otherwise they would be lit differently. "If Isabella was in plié before a turn, Jen would have to be in plié, and if Isabella was on pointe, Jen would have to be on demi-pointe. Those highs and lows had to completely correspond," explains Froman. On most film sets Froman has worked on, about 50 extras may sit in the audience, and a full crowd is later edited in. "But in Budapest, they filmed with probably a thousand people," says Froman. "Jen was performing to a full audience. I can't even begin to imagine what that must feel like when you're used to the privacy of the camera."

For Boylston, dancing for the film came with different challenges. "It was so grueling. We shot really long days and we would shoot the same sequence over and over," she says. "They want to get as many takes and angles as possible so they can edit it together." Another main change from the ballet world was the budget. "They made three of the same exact tutu so that during the shoot, once the first tutu was deemed rumpled, I moved to another one." From costumes to trainers, an enormous amount of time, effort and funds went into filming just six minutes of choreography for the screen—a far cry from the dance world, where a full-length ballet can be mounted within weeks.