NYCB's 2018 Spring Season opens on April 24. The next six weeks are filled with all of what NYCB has to offer including classic works by George Balanchine and Jerome Robbins, world premieres by Justin Peck and Warren Carlyle (each paying tribute to Robbins), and the full-length Coppélia. April 24-28 is all Balanchine; audiences can see works including Agon, The Four Temperaments and Tchaikovsky Pas de Deux. April 28 also offers NYCB's 21st Century Choreographers program, which will appear again later in the month, and includes Peter Walkers' dance odyssey, Alexei Ratmansky's Pictures at an Exhibition and Justin Peck's Year of the Rabbit. Below, Tiler Peck discusses what Tchaikovsky Pas de Deux means to her—she'll be dancing the work April 25 with Joaquin De Luz. 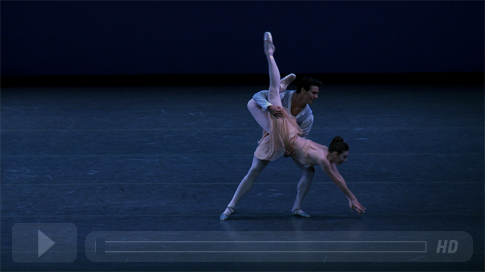 This three-part program running April 26-29 features world premieres by contemporary choreographers Jennifer Archibald and Kate Weare as well as the company premiere of Justin Peck's Murder Ballades (set on the company by Patricia Delgado). Archibald is the company's resident choreographer (the first woman to hold that title in its 40-year history). With a body of work ranging from hip-hop to ballet, we're excited to see what this new piece will bring.

Cincinnati Ballet on Instagram: “BOLD MOVES opens next Thursday! If you love dance that elevates your mind, body and senses to higher levels, this is the program for you.…”

The Denver-based company debuts Madness, Rack and Honey April 27–May 6 with live music by the Colorado Symphony. The program is comprised of two works, both to Mozart. Garret Ammon's Madness, Rack and Honey opens the program—the title comes from the a collection of lectures by the poet Mary Ruefle. Ammon made the piece for Smuin Ballet in 2016. Company dancer Sarah Tallman's world premiere titled I Didn't Hear You, I Was Away with the Fairies also pulls from poetry (namely Langston Hughes and E.E. Cummings). Catch a glimpse in the below trailer.

April 27-29, New York Theatre Ballet presents a world premiere by British choreographer Richard Alston alongside encore performances of three rarely seen Jerome Robbins ballets—Septet, Concertino and Rondo—in honor of his centennial. With live music throughout, the program, held at Florence Gould Hall in NYC, is sure to excite. Alston's The Seasons is described as a meditation on the cycle of a year in nature, with inspiration from Indian philosophical thought.

New York Theatre Ballet on Instagram: “The cast of The Seasons with choreographer Richard Alston right after its preview today. Created during our residency @kaatsbaan, The…”

Charlotte Ballet Beckons In the Spring

Charlotte Ballet's April 26-28 Spring Works program features works by three choreographers new to the company: former Charlotte Ballet dancer Bryan Arias, Helen Pickett and Filipe Portugal (this program marks his North American choreographic debut). Also on the program is Ohad Naharin's Minus 16. You can check out why the dancers are excited about Spring Works in this article, and catch a glimpse of Minus 16 in fast-paced trailer below.

Charlotte Ballet on Instagram: “Crowd-pleasing "Minus 16" returns for Spring Works! ⠀ Link to 🎟 in bio”

Festival Ballet Providence presents its season finale April 27-29. Mark Diamond's Little Mermaid will incorporate multi-media elements and delve into the famous fairy tale with a full cast of characters, including students from the Festival Ballet Providence School. The show also marks the final performance for company dancer Alan Alberto. Check out these whimsical costumes and sets in the below trailer.

Closing out their 2017-2018 season, Sarasota Ballet presents Great Masters of Dance April 27-28. The program features four works: Antony Tudor's The Leaves Are Fading, George Balanchine's Bugaku and Tarantella, and Sir Frederick Ashton's Marguerite and Armand. Balanchine originally choreographed Bugaku for New York City Ballet in 1963; it portrays a Japanese wedding ceremony, paying tribute to the refined elegance of Japanese music and dance. Principal Logan Learned will be dancing Tarantella in his farewell performance with the company. 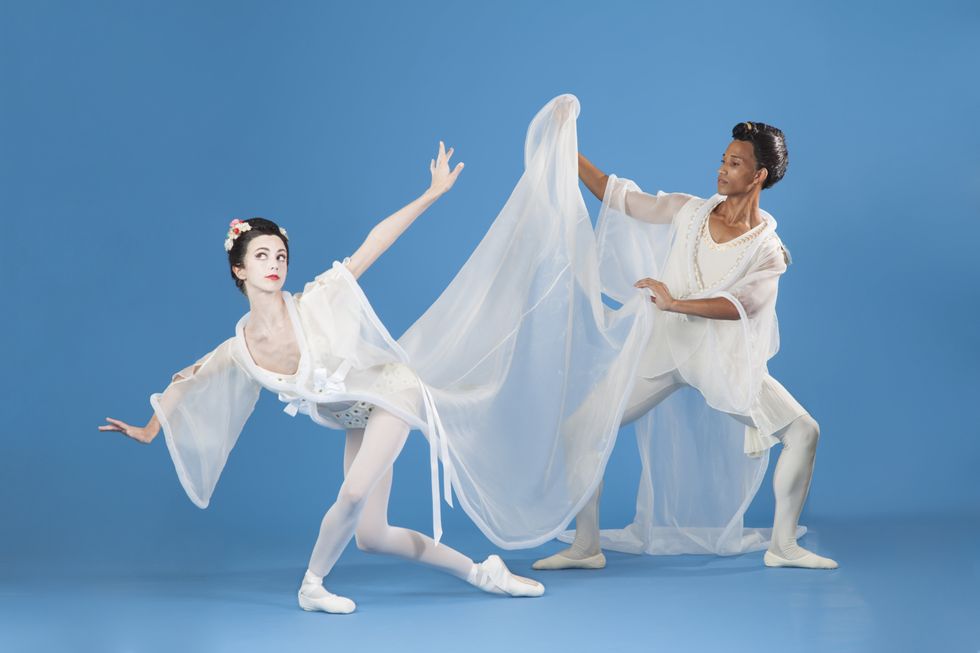