The Hidden Mistakes: Three Surprising Audition Pitfalls—And How to Avoid Them

This story originally appeared in the February/March 2013 issue of Pointe.

Many years ago, a director of a company I was auditioning for approached me as I was taking off my pointe shoes and struck up a conversation. I felt nervous and shy, so I let him ask all the questions and nodded my head dutifully. I asked nothing about the company, nor did I try to express why I wanted to dance there. After an awkward pause, he politely shook my hand and walked away. At that moment, I realized I'd let the job slip through my fingers.

At the time, I assumed directors were looking for obvious things like flawless technique and a certain body type. But other factors come into play that can make or break you at an audition—especially if a director is on the fence about whom to choose.

Not Picking Up Choreography Quickly

Directors value a quick study. Dancers who can rapidly process information have more time to delve into the details and artistry behind the steps. "They're not thinking about what's coming next but about how to do it," says Dominic Walsh, artistic director of Dominic Walsh Dance Theater. "It's impressive when there's an urgency behind understanding the work, when they're really trying to absorb the information."

Pacific Northwest Ballet artistic director Peter Boal often only shows combinations once or twice during an audition class, and sometimes asks dancers to reverse them. "I'm curious to see if they picked up details such as angles of the neck, or which way I want them to look. Many dancers don't think that's as important; they just focus on the mirror." He also suggests that dancers who feel anxious about the steps go in the first group—to help them zero in and focus.

When Walsh teaches company repertoire during auditions, he is lenient at first but later notes if someone fails to catch on. "It can be a real deal-breaker if I have to repeat myself all the time and water things down," he says. "It slows down that beautiful momentum between a choreographer and a dancer." Some pre-audition online research of a choreographer's work may help dancers glean a general idea of what to expect, so they won't be surprised or distracted when the steps are given.

Some directors are more concerned with how dancers respond when they're having trouble learning choreography. Dorothy Gunther Pugh, artistic director of Ballet Memphis, looks for people who can laugh off their mistakes. "That indicates to me that they're not taking themselves too seriously," she says. "You want people who can set aside their 'I am the center of my own universe' attitude." 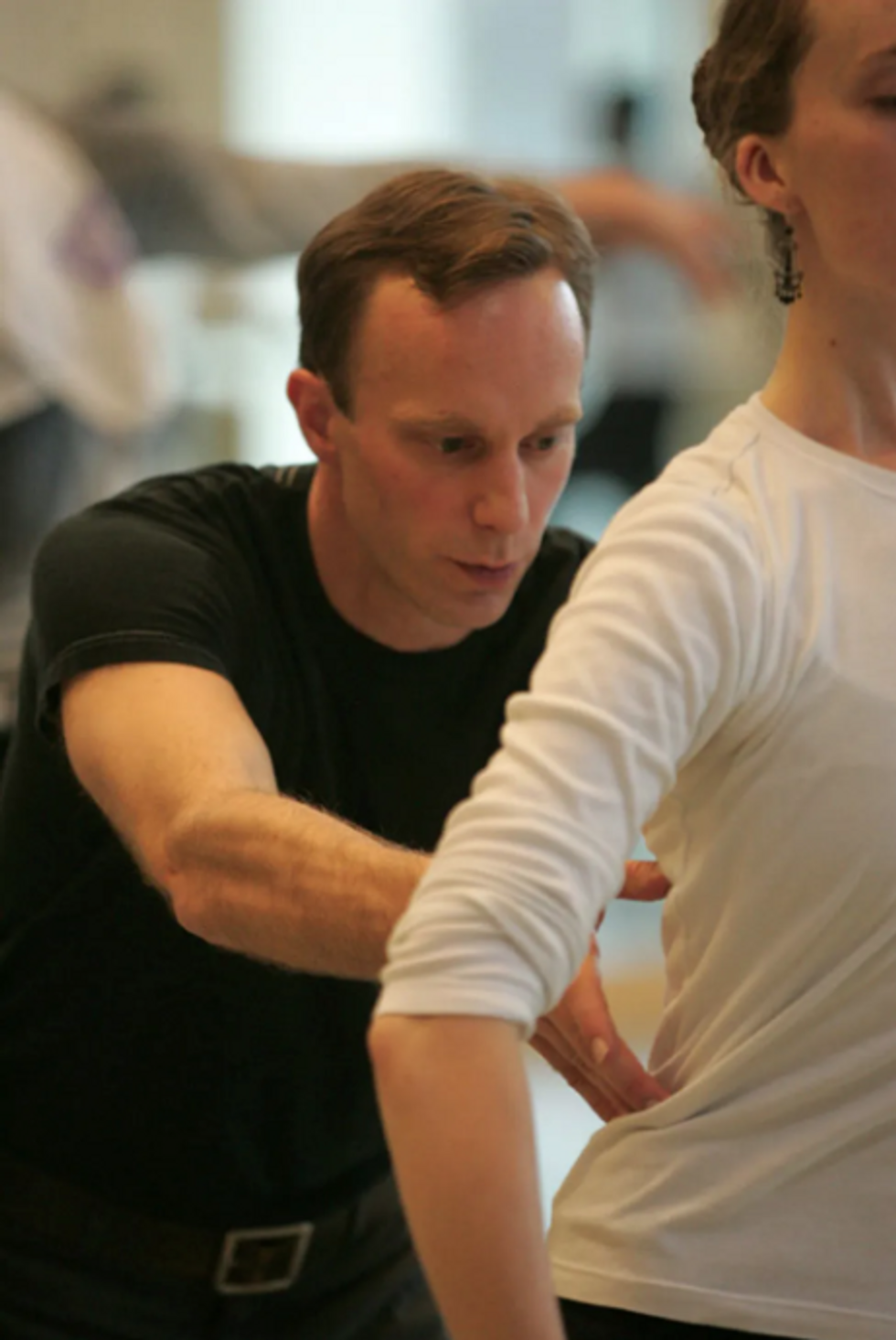 Focusing Too Much on Technique

New auditioners may assume that perfect technique is the key to a contract. But technique at the expense of other factors, such as movement quality, musicality or personality, can come off as one-dimensional or cautious.

"Dancers want to show their priority, which is technique," says Boal. "But I think the triple pirouette that makes you late is so overrated." Musicality, an important element in PNB's Balanchine repertoire, can be the decisive factor for Boal. He also looks for presence. "Even for a corps dancer, I still want them to stand out—and that comes across in class. It doesn't mean you always have to show all your teeth, but there should be an energy in your face, in where you look. Many of our audiences contain 3,000 people—looking at yourself in the mirror is really performing for one." Dancers who grow timid or tense during auditions have to push through tendencies like looking down or standing in the back.

"You need to multitask," says Walsh. He sometimes sees dancers miss the larger aim of a choreographic phrase in order to perfect the individual steps. "If you lose the essence of what you're doing in order to make it clean, then you'll have to go back and fix that, too."

Pugh can often tell if dancers have the versatility and personality to adapt to Ballet Memphis' diverse repertoire by the way they approach plié and tendu. "If there's fluidity and a constant energy in their work," she says, "those dancers tend to pick up on contemporary work. If their body breathes, I sometimes think their mind breathes as well." 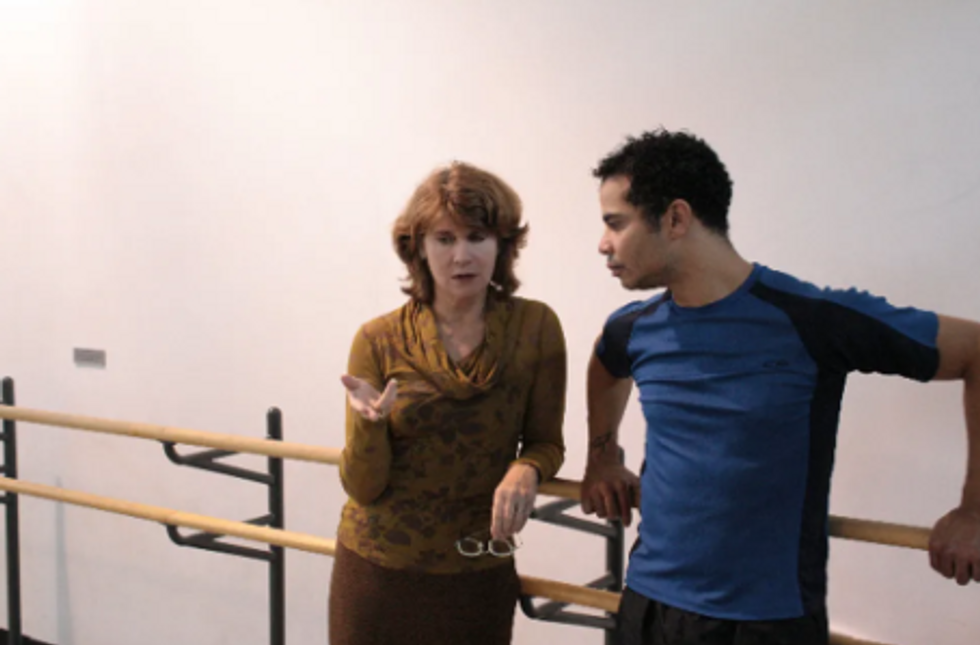 It's easy to assume that directors determine who they want based on what they see in class. But, as my experience proves, they're also interested in the person behind the dancing. The interview—whether formal or just a congenial chat—gives dancers one last chance to make an impression.

"I watch their faces, I want to see how they think," says Pugh. "Are they interested in being alive—not just in the ballet world, but in the real world?" Ballet Memphis' dancers are a tight-knit family, so Pugh looks for people who will fit in. She sometimes makes exceptions for dancers she might otherwise reject, simply based on their conversation. "I've thought, 'Maybe she doesn't have perfect feet, but look at her personality! Our audience is going to love this person because she has the makings of a very generous artist.'"

Of course, personality can only take a dancer so far—it also helps to do some research. Walsh is turned off by dancers who come to the audition knowing nothing about DWDT. "It means you don't really value what you can bring to the company. Come knowing the repertoire, the general aesthetic, a little about the artistic director—read the bios on the website."

Boal likes when dancers explain why they want a contract with PNB, whether it's because of the repertoire or the company's reputation. "You want to feel like a dancer is coming to you like a college student trying for early admission. If I'm on the fence, sometimes it's the dancer's conviction that sways me."