When we watch dancers with drool-worthy arches, we assume they either worked really hard for them or they were born with them. Professionals spend years training the articulation of their foot muscles. But some of us who have made it in the big leagues still need some help when it comes to line and flexibility. Most dancers would never admit what I am about to share, but here goes: There is a contingent of artists who pad the tops of their insteps to project the appearance of naturally curved feet.

Fake arches, often referred to as "farches," are not a new phenomena. I'm not sure if any retired dancer would admit this on the record, but I've heard numerous stories from those who indulged their insteps with a little DIY padding. Today, entrepreneurs and mainstream dancewear companies offer farches to anybody seeking that oh-so-visible bump that only lucky winners of the genetic lottery can boast.

I confess, I've worn them, too. Let me share how I came to wear farches, my experience wearing them, and why I stopped. 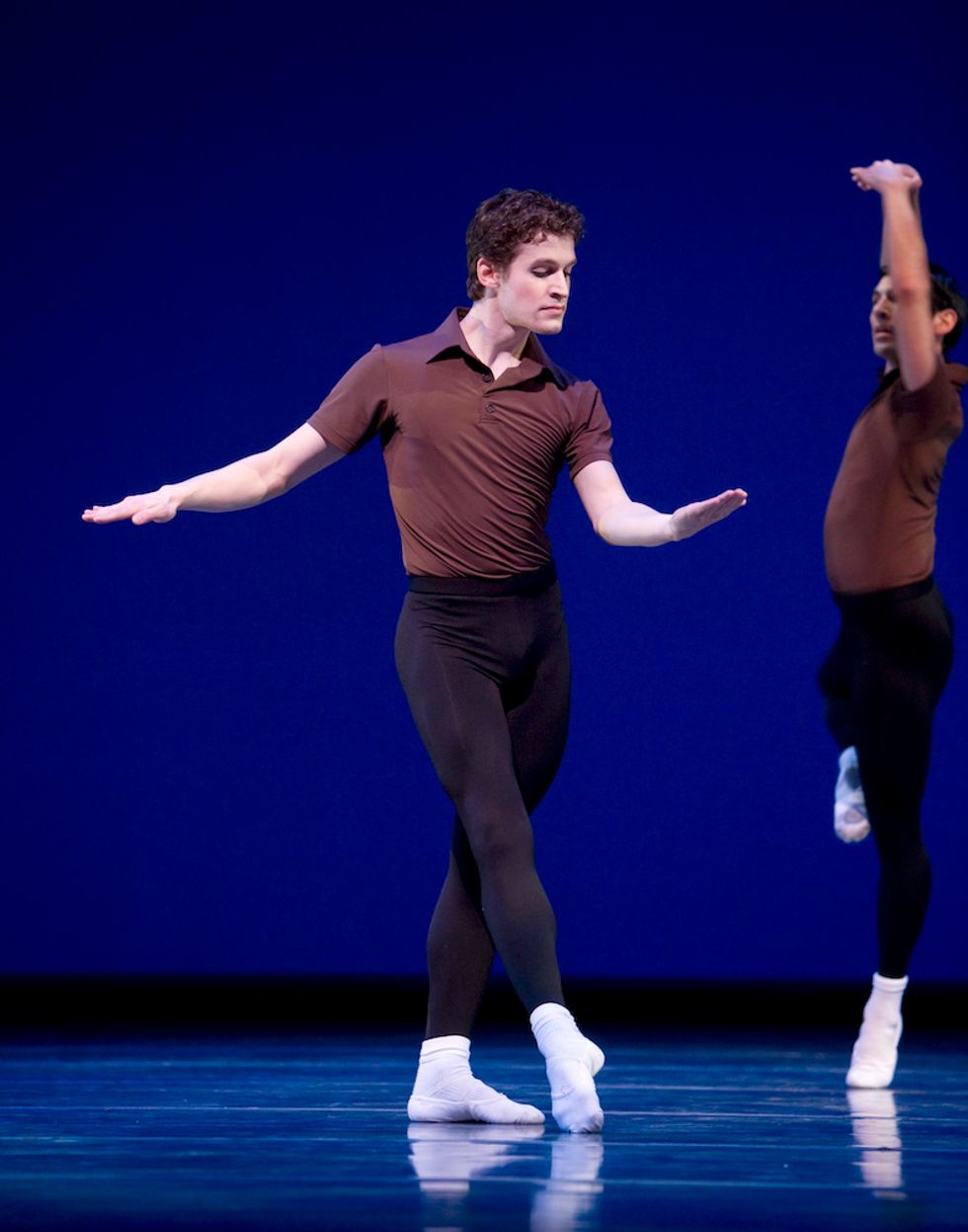 Barry Kerollis in Mark Morris' A Garden while at Pacific Northwest Ballet.

When I was 20 years old, I was thrilled to receive a corps contract with Pacific Northwest Ballet. Time and time again, they have been branded a "legs and feet" company—and by no account was I known for these attributes. After receiving the job offer from former PNB co-director Francia Russell, I felt proud for achieving what I thought was an impossible feat. But I also felt like a fraud who had somehow smuggled my mediocre hooves into hallowed stomping grounds.

It took a few years in the company for me to fake my feet. While changing after a performance, my friend revealed to me that he had started padding his insteps. While I didn't wholly account his recent success in the company to his new feet, I couldn't help but feel a little hurt. So, I went home and immediately purchased my first and only pair of farches.

When they arrived, I was believing in miracles. But once these foam-filled pads were hugging my feet, I found them to be extremely obvious. The company's one-farch-fits-all assumption just didn't hold true, because all dancer's feet are different. Flat-footed dancers need more arch underneath, not on top. Others, like me, need more flexibility near the base of the ankle. I struggled getting my farch to align with the exact point on my foot where I needed it to bump out. And there was no chance I could wear them without tights or socks. Yet, I was determined to make them work.

For a while, I would tape the farches down to keep them in place. To avoid getting found out, I would perform this ritual before class each morning in my apartment. But the thickness of the pad and sweating of my feet meant the tape didn't keep them in place. And because the enhancers wrap underneath your feet, I always felt fabric shifting. I even cut its seam to pluck foam out with tweezers to make them less obvious. In reality, I spent as much time customizing my farches as most women do preparing a pair of pointe shoes. 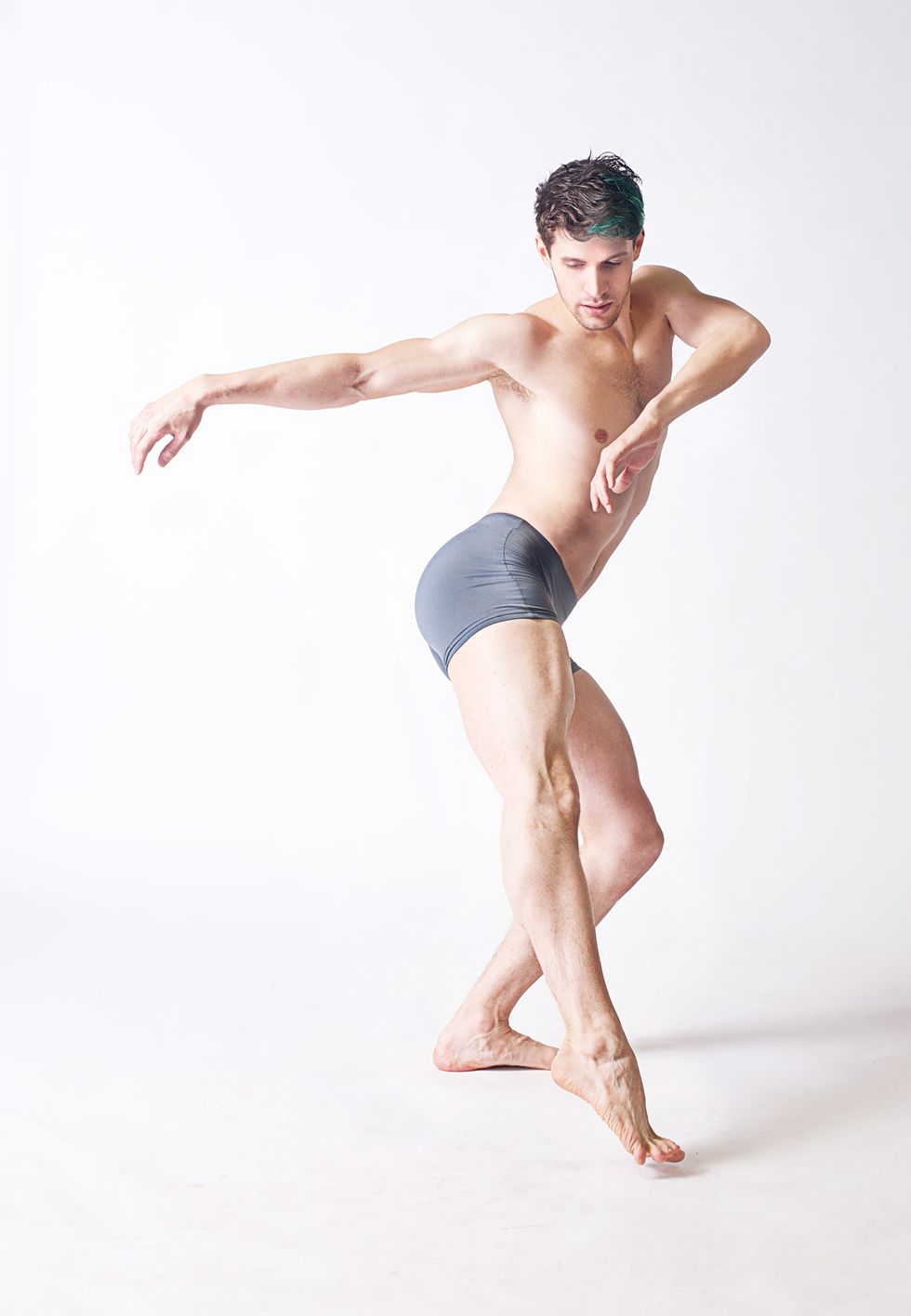 After a while, I became frustrated that it was almost impossible to hide what I was doing. One day a dancer walked up to me in class and queried if I was wearing padding. I asked how they knew, and they responded, "All I had to do was look at your feet while you were standing." I peered down to see an irrefutable drop-off from the farch to my real foot. Soon after, I stopped padding my insteps, exasperated. I found myself obsessed with the possibility that the audience, or my boss, would recognize I was faking it.

Because we performed so much Balanchine repertoire, our classwork often required lightning fast footwork. In order to focus on my feet the natural way, I put in additional work outside of class, slowly and meticulously practicing their articulation.Observing the many beautiful insteps in our company helped me realize that the key would be to work on my demi-pointe position as I prepared to fully extend my foot in everything from tendu to grand battement.

I still look back at this period and chuckle. The following season in my annual evaluation with artistic director Peter Boal, he noted that my feet had improved. Without thinking, I exclaimed, "I was wearing fake arches for much of last season to impress you. But in the end, I decided it was better to just work on my feet." I smiled sheepishly and realized I had just put my foot in my mouth…sans farch.