Katie Cooper knows an opportunity when she sees one. When the Dallas-area Metropolitan Classical Ballet—where she'd danced for six years—shuttered its doors, she saw an opening for a new company: her own. "There were ballet dancers who needed work," she says. So in 2012, Cooper, known for her Texas spunk, founded Avant Chamber Ballet, now considered the city's cherished boutique troupe.

"During my performance career, I had never worked under a female artistic director or danced work by a female choreographer," says Cooper, who began developing herself as a dancemaker when she launched the company. "It was time for me to move to the front of the room." After starting ACB at 28, she quickly found that dancing, choreographing and running a company proved too big a load, so she retired from performing after the first few shows.

Though the troupe was originally project-based, local enthusiasm from audience members, musicians, dancers, critics and donors spurred Cooper to develop a set season. A threshold moment occurred when former New York City Ballet and Texas Ballet Theater dancer Michele Gifford returned to the North Texas area. Gifford, a répétiteur for Christopher Wheeldon and The George Balanchine Trust, danced with ACB for two seasons, and then, starting in 2015, began setting works by both choreographers. So far, the company has performed Wheeldon's There Where She Loved pas de deux and The American pas de deux and Balanchine's Valse Fantaisie, Who Cares? (concert version), Walpurgisnacht Ballet and Concerto Barocco. Cooper found that having big-name choreographers in the mix gave the company added momentum.

Today, ACB puts on four productions a year, with Cooper providing about half of the choreography for its mixed bills. Her work, which leans towards classical, is often on pointe. She's committed to live music at every show, whether it's a pianist, chamber music or orchestra. Her husband, David Cooper, is the company's music director and principal horn at the Dallas Symphony Orchestra, enabling access to top-notch musicians. For this season's The Little Match Girl Passion, the company collaborated with the Verdigris vocal ensemble. As local troupes rarely perform to live music, Cooper sees this as a way to further distinguish ACB's brand. 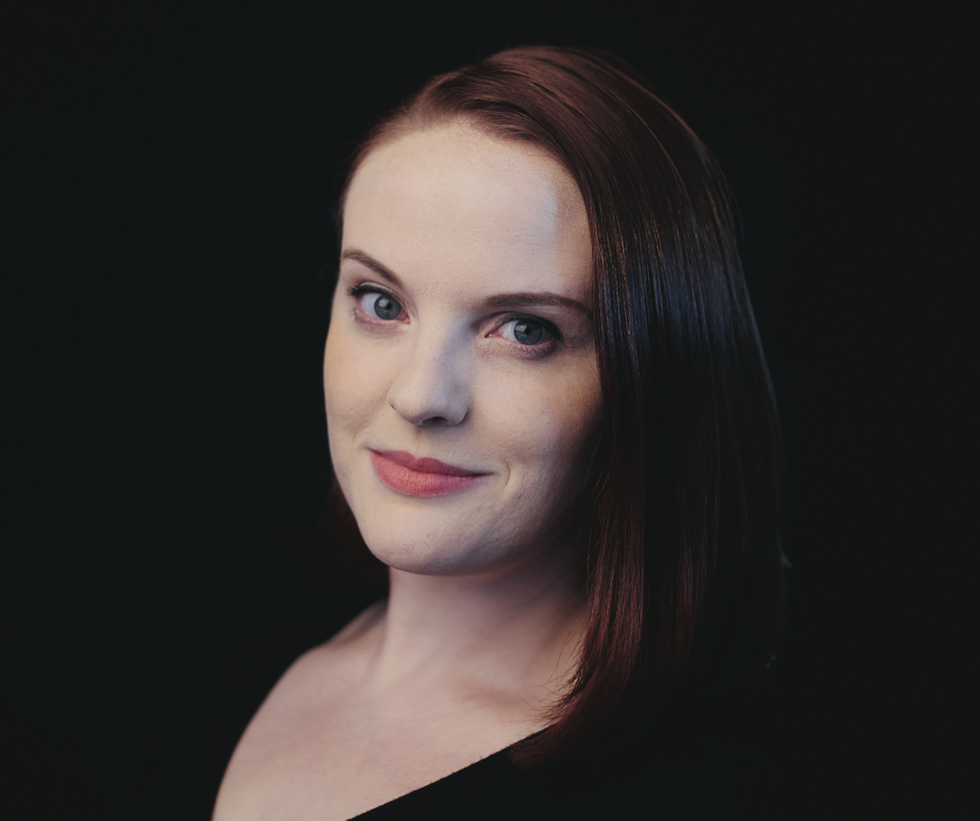 To keep women's work front and center, Cooper also started ACB's Women's Choreography Project five years ago. The open application initiative allows funds for a choreographer to premiere a new ballet on the company each season. "The hardest part of selecting repertoire is choosing our WCP commission. Each year the applications grow stronger, more professional and polished," says Cooper, noting that she usually identifies at least three to five choreographers that she feels deserve the commission. "That speaks to how much talent there is among young female choreographers." Next season, she's inviting a past applicant, Jennifer Mabus, to create a work.

A typical day runs from 9:30 am to 3 pm, including company class five days a week. "Katie is so efficient," says Madelaine Boyce, one of ACB's 14 members. "She choreographs quickly and there's no time wasted." A former Metropolitan Classical Ballet dancer herself, Boyce has been with the company from the get-go and appreciates Cooper's no-nonsense work ethic. "She's intense and knows exactly what she wants." Boyce says she thrives in the collaborative studio culture, where her own artistry is valued. "We are a close-knit family, yet no one is coddled."

Avant Chamber Ballet on Instagram: “Opening night is tonight and the world premiere of Katie Cooper's new work Sisterhood with new music by @quinnmasoncomposer performed by…”

As for the future, plans are underway to secure a dedicated studio space for the company. All performances are held at the 750-seat Moody Performance Hall, but ACB currently rehearses at multiple rental spaces. Having their own home would be a game changer, says Cooper. "It will give us a feeling of permanence, and that's a big statement." Next season, they also plan to expand the repertoire with Paul Mejia's elaborate Nutcracker, their first full-length version of the holiday favorite. "When I ended my performance career," Cooper says, "I wanted to start a company that I would want to dance in myself." To that end, she's succeeded.

Avant Chamber Ballet holds open auditions in New York City, Dallas and, next season, Chicago. Cooper welcomes video submissions with a strong recommendation from someone she respects. She looks for a combination of technique, musicality and personality. "They need to be standouts and interesting movers," says Cooper. "Phrasing is also important. They must be able to make the steps their own and be strong performers."

Avant Chamber Ballet At a Glance