Auditioning Injured: How to Navigate Summer Study Auditions When You're On the Mend

Pittsburgh Ballet Theatre corps member Corey Bourbonniere got a late start in ballet, so he knew he needed to commit himself completely to the art to catch up. But at 16, when a neglected hamstring injury progressed into a hip injury just in time for summer intensive auditions, it felt as though the dream might pass him by.

It seems completely unfair. An injury sustained in January can prevent your acceptance into a program that doesn't start until June. Often it feels like the stakes couldn't be higher: There are only a few summers in your life as a ballet student and missing one can seem catastrophic for your future. But an injury during audition season doesn't mean you'll necessarily spend the summer sitting around. You may need to adjust your expectations, but there are ways to navigate the audition process to ensure that you still get the most out of your training this summer. 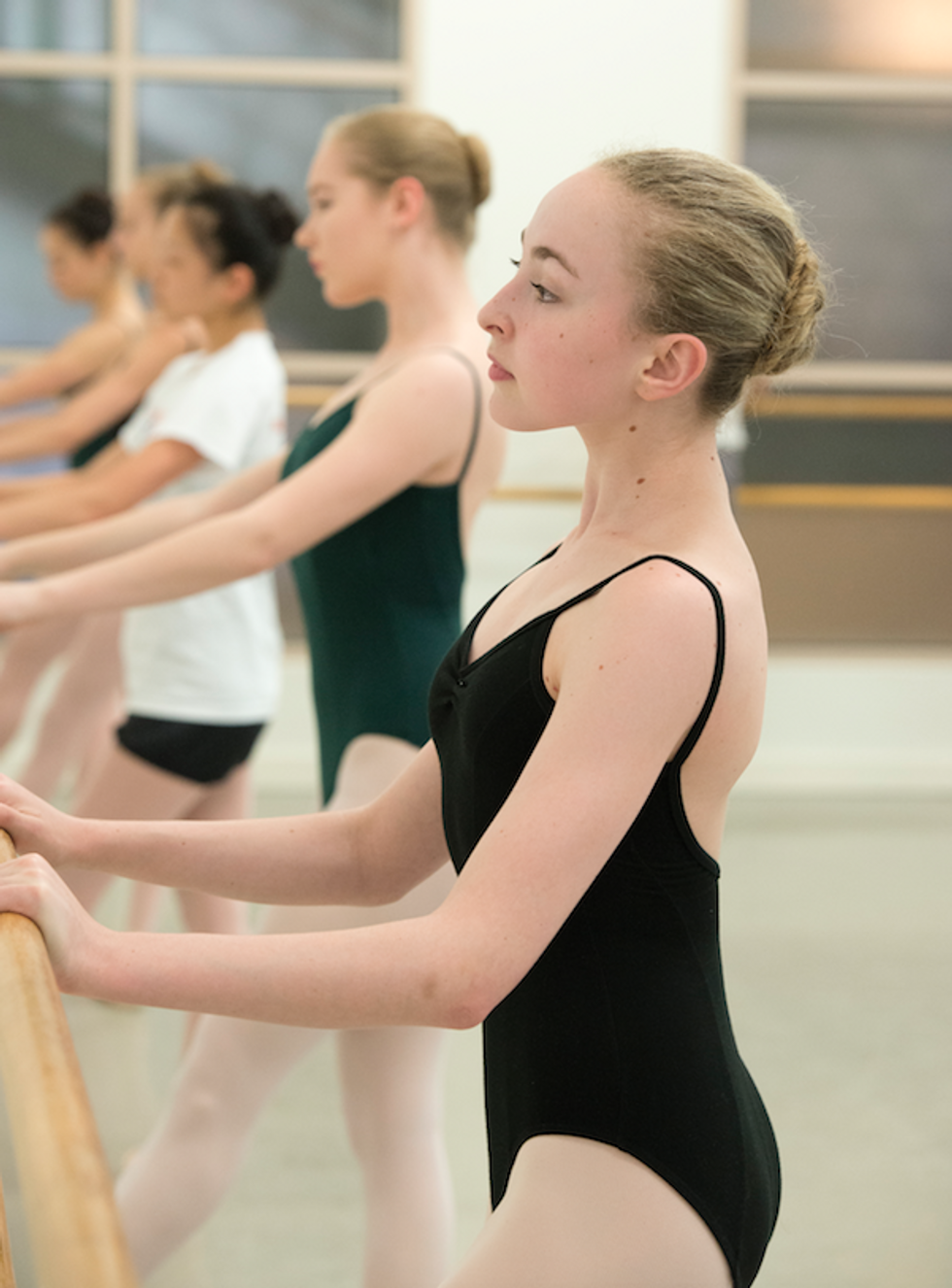 If you are injured when a can't-miss audition comes to town, it may still be worthwhile to take the class, but you have to speak up. Margaret Tracey, director of the Boston Ballet School, says that if she has a student who is nursing an injury, like shin splints, but can take partial class, she would still encourage them to do the audition. "But only once they have spoken to the adjudicators and they've cleared it with them," she adds. Bourbonniere did just that when Pittsburgh Ballet Theatre's intensive audition came late in the cycle. He still felt a little unstable on his standing leg and his turnout was weak, but he told the teacher at the audition and was told to give it a try anyway. In this instance Tracey would make a note on the student's registration form and be able to frame her evaluation of that student with the knowledge of their limitations.

Houston Ballet Academy director Shelly Power notes that often the adjudicator will be the same person taking your registration, but in some cases they won't be. Politely ask the person at registration whom you should speak to about your injury. The registrar might say she'll let the teacher know. "But if that were me, I would probably do another little follow-up with the teacher before class," says Power. Be clear about your limitations whether that means that you need to skip jumps or pointework, or if, like Bourbonniere, you simply want them to be aware that you can dance the whole class but won't be at 100 percent. "You may get different reactions, but you should never read into it," Power adds. Audition tours require the adjudicators to travel a lot and work odd hours. The teacher's plane may have been late or they may have had to skip lunch, but a terse response likely has nothing to do with your approaching them.

Power points out that a good benchmark for whether or not the adjudicator needs to be informed of your injury is by asking yourself if you can do what will be expected of you in the audition. If the answer is no, for any reason—a turned ankle, an infected ingrown toenail, the flu—you should speak up.
Admitting that you are injured does not mean that you won't be accepted to the program. At Pittsburgh Ballet Theatre School, director Dennis Marshall has had students go through the audition process with an injury, and he always respects them for telling him. "If I see the facility I can look beyond the fact that they can't do the whole audition," he says. "Barre says it all to me."

Be realistic about your limitations. You certainly don't want to blow an opportunity to impress the faculty at your dream school because you weren't fit to be in the audition, or worse, injure yourself further in the process. For instance, Bourbonniere had to pass up auditions for Boston Ballet, Joffrey and American Ballet Theatre's summer intensives before he felt ready. Talk to your doctor or physical therapist to make sure you're not underestimating the severity of your injury.

Tracey advises her students to do their homework and figure out which programs have alternative admissions processes, such as submitting photographs and a recommendation. "Remember that there are fine training schools out there that don't require a formal audition," she says. "Central Pennsylvania Youth Ballet is a phenomenal summer program, and you don't have to attend an audition to be admitted."
Auditioning with a video can be another option. Tracey points out that many schools accept video submissions as late as March if there are still places available in the program. A video may also provide the follow-up needed if you weren't able to participate in the audition fully, such as not dancing on pointe. Power says that you can bring the video, along with a doctor's note, with you to the audition if you already have one, or mail it a few weeks later when you're healed up. Be sure to include a professionally worded letter thanking them for taking the time to review it and clearly state when and where you auditioned.

Don't be afraid to call the program and ask how they would recommend you handle the situation. "Sometimes a school may be able to see that student in one of their regularly scheduled classes," says Tracey. "Seek an alternative and then accept the answer if it's no."

Focus on the Future 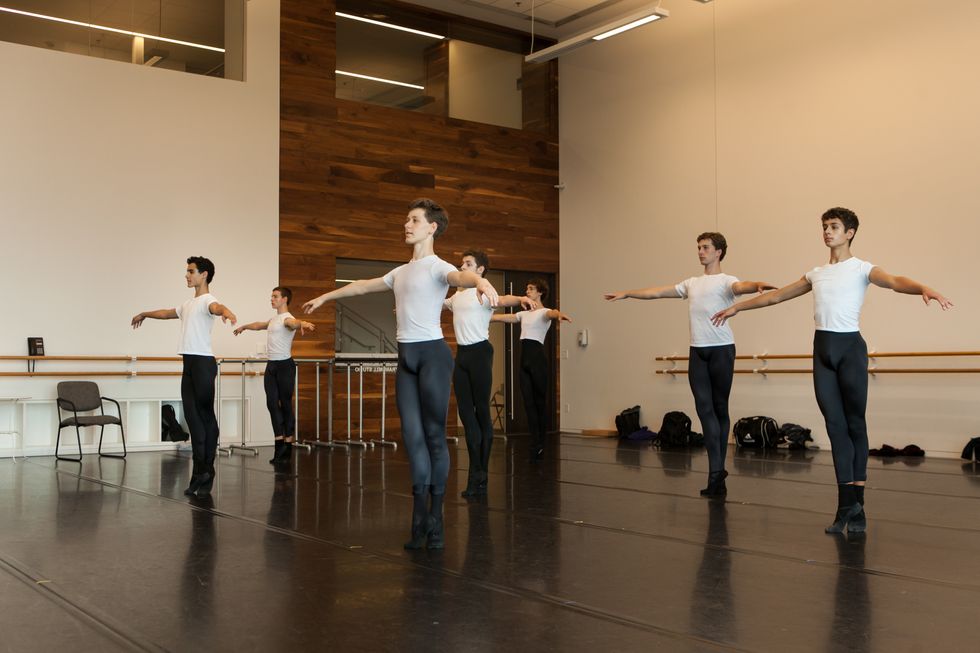 While audition season can feel like the most crucial do or die scenario, ignoring an injury is more likely to end your dancing life than missing one summer at your dream program. "If you're injured, deal with the injury," says Marshall, "because it's not about the next nine months. It's about the next nine years." Proceed with your audition process in a way that honors your body and the injury you have sustained.

Ask yourself honestly: Will you be recovered in time to attend the program and get the most out of it? Being at a summer intensive when you aren't able to perform at your best can be a deflating experience. Power has seen students with injuries come through Houston's program and struggle in such a competitive environment. "They are spending more time outside of the classroom and they can't do what is expected of them," she says. "Psychologically, they really can't manage."

If you'll still be recovering in the summer months, Power advises that your home studio may be the safest place to finish that process. "We get students from all over and we don't know them, so we don't know how much to push them," she says. Your teachers at home will be able to challenge you with a realistic understanding of what you're limitations are.

Dealing with an injury during the summer intensive audition season may be one of the greatest lessons you can learn; you'll likely confront injury in your professional career. But it's important to keep in mind that "one audition season is not going to make or break your future," says Tracey. Case in point: Bourbonniere was accepted to Pittsburgh Ballet Theatre School's summer intensive on full scholarship, followed by an invitation to join the year-round program, and eventually the company.