Midway through Claudia Schreier's First Impulse, the women of Atlanta Ballet stole the show with simple bourrées. One at a time, they traversed the stage backwards on pointe, at warp speed. The effect was cinematic and magical, the audience gasping in disbelief. The dancers appeared to be floating, defying all rules of physics and gravity. 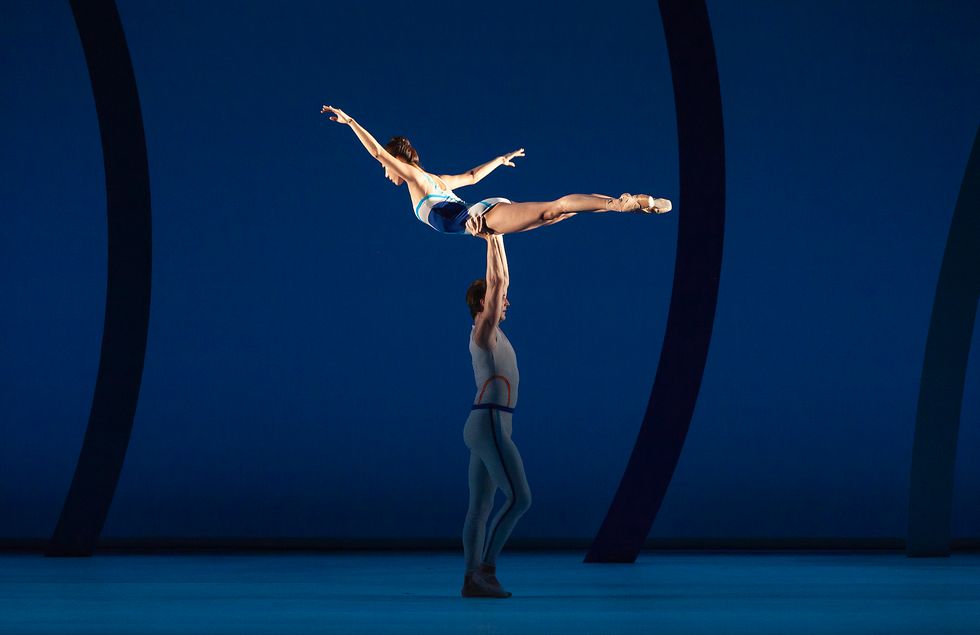 But this was just one moment inside of an incredibly dynamic and rhythmic neoclassical work, made possible by the Virginia B. Toulmin Foundation. Set to the music of Eino Tamberg, the moods and meters changed quickly and often, showing off both the speed of Schreier's imagination and the energetic command of the Atlanta Ballet artists. The stark, modern costumes designed by Sylvie Rood and set by Nicole Pearce were made all the more pleasing by the fantastic tableaux that the 16 dancers created to begin and end the work.

Schreier's movement feels like architecture in motion, making all kinds of steps, even bourrées, seem wondrous and new. Perhaps this is due to her ability to inject her own subtle subtext, and loads of historical research, into one of the most abstract of art forms. The result was more than just another successful debut for this emerging choreographer; First Impulse presupposed that the future of ballet is well and alive.