This story originally appeared in the October/November 2016 issue of Pointe.

Like so many Vancouverites at that time, Ballet BC dancer Alexis Fletcher and her husband, former rehearsal director Sylvain Senez, struggled to keep pace with the skyrocketing cost of living. The couple wondered if they could rent out two empty bedrooms to Olympic visitors to help make ends meet. “We posted our place on Craigslist, just to see what would happen," Fletcher explains.

The response exceeded their hopes, financially and socially. Their guests loved the rooms. And it turned out that Fletcher and Senez enjoyed welcoming strangers into their home—everything from providing fresh fruit and pastries in the mornings to hanging out with their guests after work, swapping stories. When the Olympics ended, the couple made the B&B—dubbed “Casa Om"—a full-time venture.

Six years later, Fletcher and Senez now rent out the original bedroom, plus a garden-level suite. The couple share the cleaning and administrative tasks, and Senez takes care of breakfast duty. Running a B&B is a full-time job on top of her dance career, but Fletcher finds it incredibly rewarding. “We have this new skill set—hosting," she says. “Welcoming people into a space, allowing them to have privacy and comfort and whatever they need." 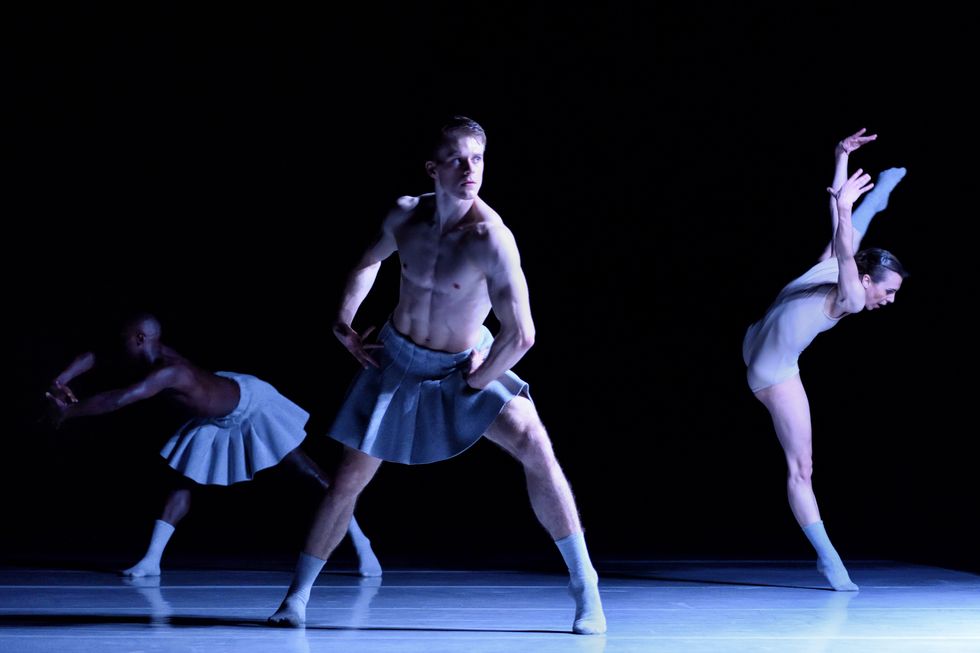 Fletcher grew up in the town of Comox, on Vancouver Island. She started dance lessons there at age 8, and later enrolled in a youth performance company called Dancestreams. Although she attended summer classes at Vancouver's Arts Umbrella, the self-described painfully shy girl decided not to leave home for year-round ballet training.

After graduation, and a summer program with the National Ballet of Canada, Fletcher returned to Arts Umbrella for its full-time training program. That's where former Ballet BC artistic director John Alleyne saw her perform in 2005, and offered her a full-time contract. She's been with the company ever since.

Ballet BC's edgy creative environment, along with the B&B, has pushed Fletcher and Senez to take risks. Last year, they decided to open a performance space in their urban backyard. Senez custom-built a removable fence between the yard and the alley, and built bleacher seating for 75. They installed a marley floor on their patio and invited a group of artists to present new work at an evening they named “The Dance Deck Debut."

Ballet BC dancer Andrew Bartee, who performed at the inaugural Dance Deck, calls it a magical experience. “It really feels like somewhere to play," he says.

This past summer, Fletcher and Senez expanded The Dance Deck shows to four performances over two weekends. At some point, they'd love to add an outdoor film series and indoor music performances.

Meanwhile, Fletcher still dances full-time with Ballet BC, and has started to choreograph. Hosting and curating have inspired her to look beyond the hard work she puts in at the studio every day and realize that, when she puts her mind to it, she can make most of her dreams come true. “It's a really beautiful balance, just stepping back and broadening my worldview," she says.