This NYC Restaurant Created a "Whipped Cream" Ballet-Inspired Sundae, and We Had 4 ABT Dancers Try It

ABT dancers in Alexei Ratmansky's Whipped Cream. Courtesy ABT.

Alexei Ratmansky's Whipped Cream, which American Ballet Theatre debuted in 2017, tells the story of a young boy who eats too many sweets, falls into a delirium, and is rescued by Princess Praline, who brings him to a world inhabited by fantastical confectionary characters. Last week the chefs at New York's Serendipity 3, the famous Upper East Side eatery best known for its frozen hot chocolate, tried their hand at bringing Ratmansky's ballet to life (or at least to the table). The result is Whipped Cream - The Sundae, available to diners from May 7-July 13. 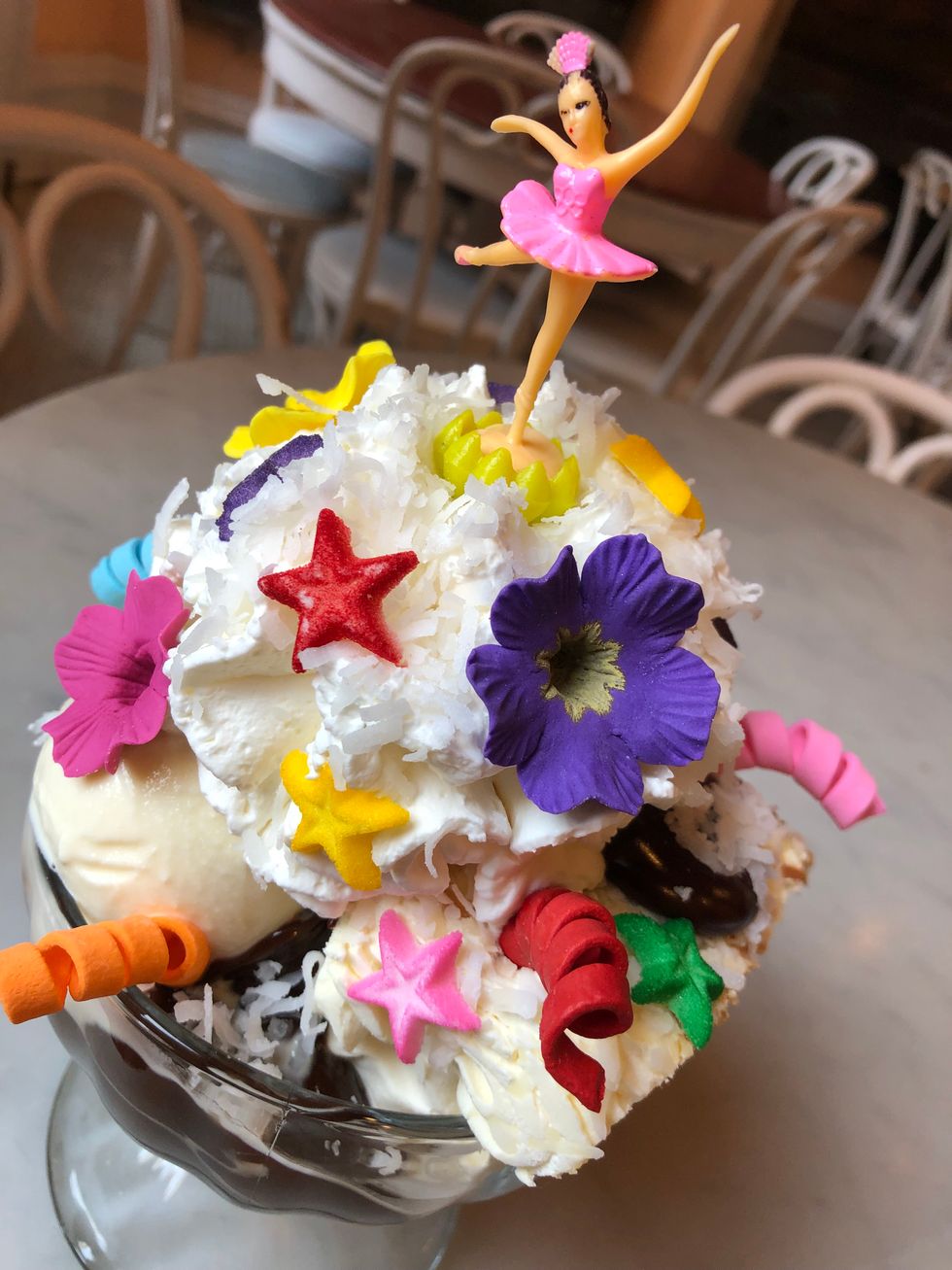 Whipped Cream - The Sundae at Serendipity 3

As soon as we saw this ballet-inspired dessert, we knew we had to have someone try it. And who better for the task than the dancers of ABT, currently preparing for a run of Whipped Cream as part of the company's Metropolitan Opera House Season, which opens today. So we asked corps de ballet dancers Xuelan Lu, Courtney Lavine and Lauren Bonfiglio and apprentice Michael de la Nuez to conduct a taste test. They're accompanied by four students from ABT's Jacqueline Kennedy Onassis School, dressed in the production's whimsical costumes, who came along to pose with the sundae (because, as all good dancers know, eating in costume is strictly taboo.)

Check out our video below to find out what they like best about this treat, what they really think of the plastic ballerina on top, and which characters from Whipped Cream they'd most like to snack on.

Former American Ballet Theatre principals Cynthia Gregory and Fernando Bujones—known for their inimitable stage presence and penchant for flair—dazzle in this performance of the Black Swan pas de deux. They draw the audience into their characters' worlds, even in a gala performance

The weather is gloomy and winter shows no signs of ending anytime soon, but this week there's a small glimmer that might help bunheads make it through: The 2020 Prix de Lausanne, running February 2–9. This year's Prix welcomes 77 young hopefuls (including 10 Americans) to Montreaux, Switzerland, and a free live stream will be available daily.