American Ballet Theatre's fall season at Lincoln Center's Koch Theater offers a chance to see the company in shorter works and mixed-repertoire programs. This year's October 16–27 run honors principal Herman Cornejo, who's celebrating his 20th anniversary with the company. Cornejo will be featured in a special celebratory program as well as a new work by Twyla Tharp (her 17th for the company), set to Johannes Brahms' String Quartet No. 2 in G Major, Op. 111. The October 26 program will include Cornejo in a pas de deux with his sister, former ABT dancer Erica Cornejo. 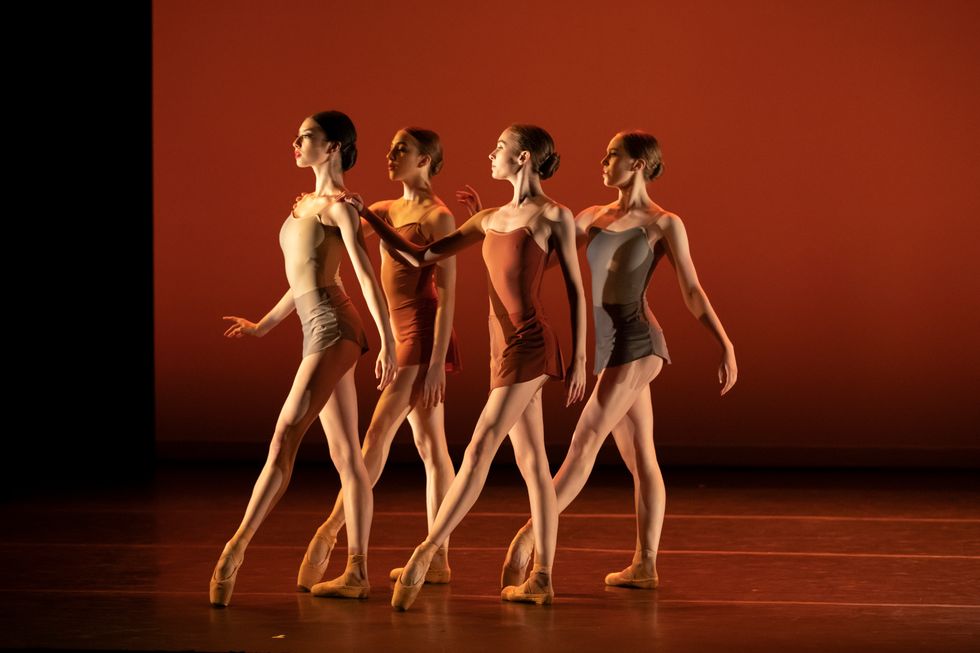 The ABT Studio Company in Gemma Bond's Interchangeable Text. Erin Baiano, Courtesy ABT.

The season's second world premiere is by former ABT corps dancer Gemma Bond, who will be making her main-company choreographic debut to Benjamin Britten's Suite on English Folk Tunes. The season also includes the New York premieres of Jessica Lang's Let Me Sing Forevermore and New American Romance by ABT principal James Whiteside, as well as revivals of George Balanchine's Apollo and Clark Tippet's Some Assembly Required.

Related Articles From Your Site
Related Articles Around the Web
gemma bond erica cornejo james whiteside twyla tharp abt herman cornejo
If you like us online, you'll love us in print!
Instagram
Pointe Magazine