April 3-7, The Washington Ballet presents three never before seen works. The first is Ethan Stiefel's Wood Work. This abstract take on life in a small Nordic community will be performed to music played live by the Danish String Quartet. Former San Francisco Ballet soloist Dana Genshaft's Shadow Lands is set to the electronic music of Mason Bates. Last up is Trey McIntyre's Teeming Waltzes, which pairs Strauss waltzes with a set combining ball pits and bubbles. Catch glimpses of Stiefel and Genshaft's works in the above video from TWB's Works & Process show at the Guggenheim last month.

All Stravinsky at Pennsylvania Ballet, Including a World Premiere by Matthew Neenan

Ballet West presents the company premiere of John Cranko's Onegin April 5-13. Based on Alexander Pushkin's dramatic novel in verse, Onegin tells the story of an arrogant aristocrat who rejects the love of a naive country girl, only to realize his great mistake years later. Cranko originally created this three-act ballet for Stuttgart Ballet in 1964. Above, Ballet West principals Arolyn Williams and Rex Tilton discuss the challenges of learning a new full-length ballet.

NYCB is Back at The Kennedy Center

New York City Ballet returns to The Kennedy Center April 2-7 for its annual run. This year, the company brings two mixed repertoire programs. First up is Balanchine, Robbins & Reisen, a blend of new and old featuring Gianna Reisen's Composer's Holiday, George Balanchine's Kammermusik No. 2 and Symphony in C, and Jerome Robbins' Opus 19/The Dreamer. The second program, New Works & New Productions, includes Justin Peck's Easy, Robbins' In the Night, Kyle Abraham's The Runaway and the Jerome Robbins tribute extravaganza, SOMETHING TO DANCE ABOUT. 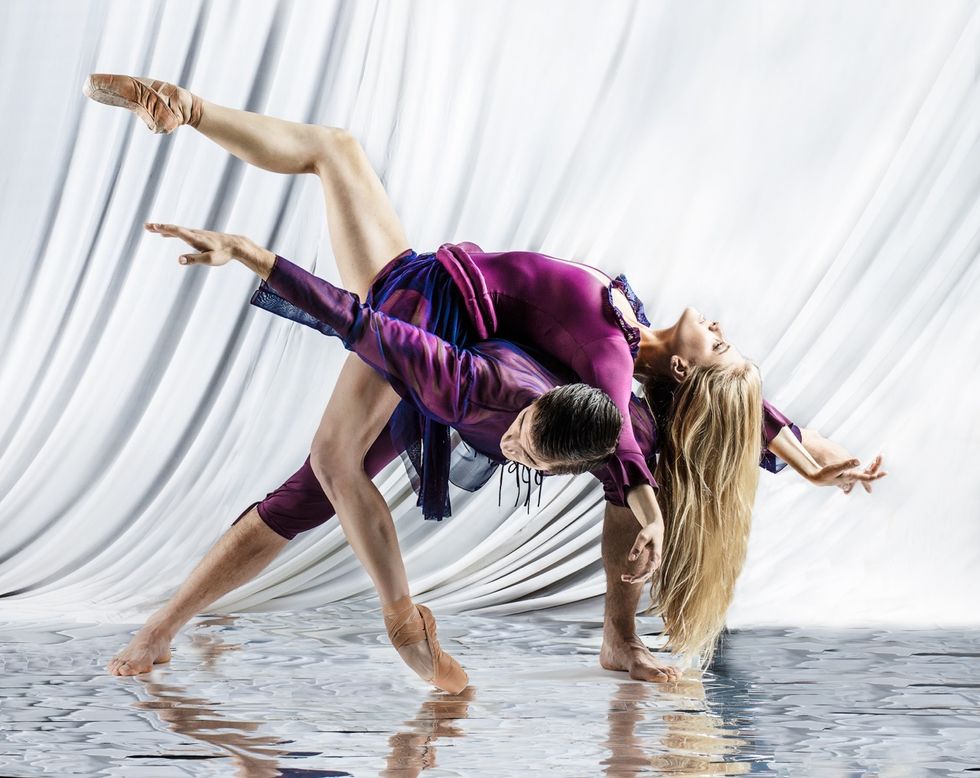 Val Caniparoli's Lambarena has its company premiere at Milwaukee Ballet April 4-7. First presented in 1995 at San Francisco Ballet and since performed by over 20 companies worldwide, this work blends Bach, ballet and traditional African dance and music in a celebration of the universal language of dance. Catch a glimpse in the above video. Pieces by former Genesis choreographic competition winners Enrico Morelli and George Williamson will round out the triple bill.

Tom Gold Dance presents its spring season April 3-4 at the Kaye Playhouse in New York. The program includes three works by company founder Tom Gold: the world premiere of Significant Strangers to piano compositions by Leonard Bernstein, the New York premiere of Blind Revelry set to Stephen Sondheim's Concertino, and the revival of his Counterpoint to music by Steve Reich.