When talking about a role like Basilio in Don Quixote, it's easy to throw around terms like "virtuosic" and "powerhouse." "Cancer survivor" is less common, but so is Francisco Estevez, the unflappable 30-year-old Colorado Ballet dancer who took on the role this fall. Not only has Estevez overcome testicular cancer and continues to receive treatment for chronic myeloid leukemia, but he is the company's newest (and youngest) principal. 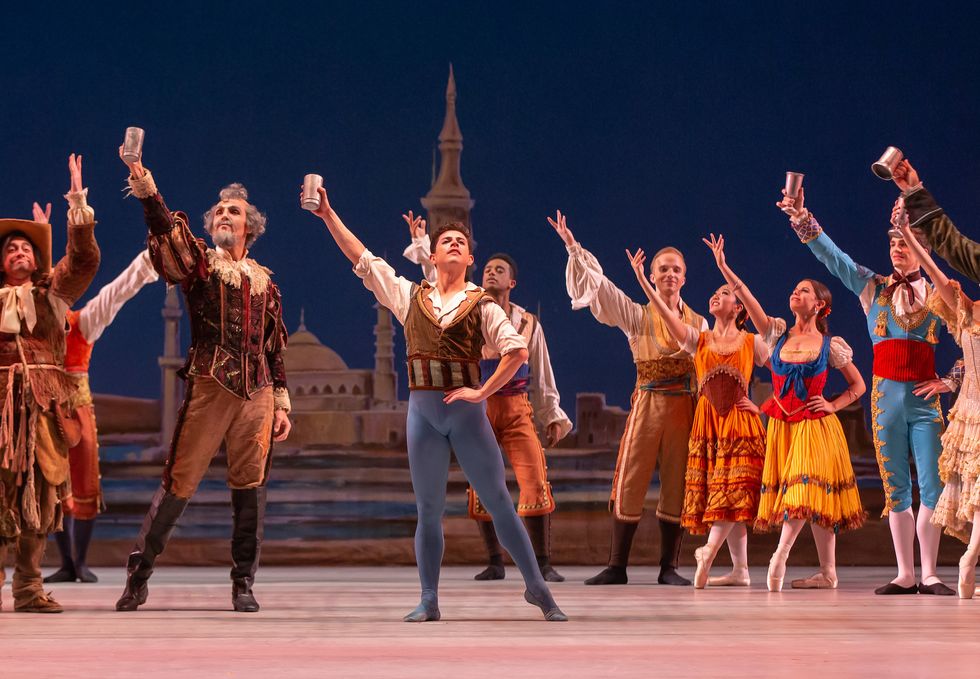 Estevez and artists of Colorado Ballet raise a glass in Don Quixote.

To an audience, however, health hurdles are beside the point; as a dancer, Estevez has the technical chops and the go-for-broke mentality to leave anyone impressed. Case in point? Holding the notoriously tricky one-armed lift in Act I for an extended period of time—and even getting in an arabesque of his own with partner Asuka Sasaki still overhead. 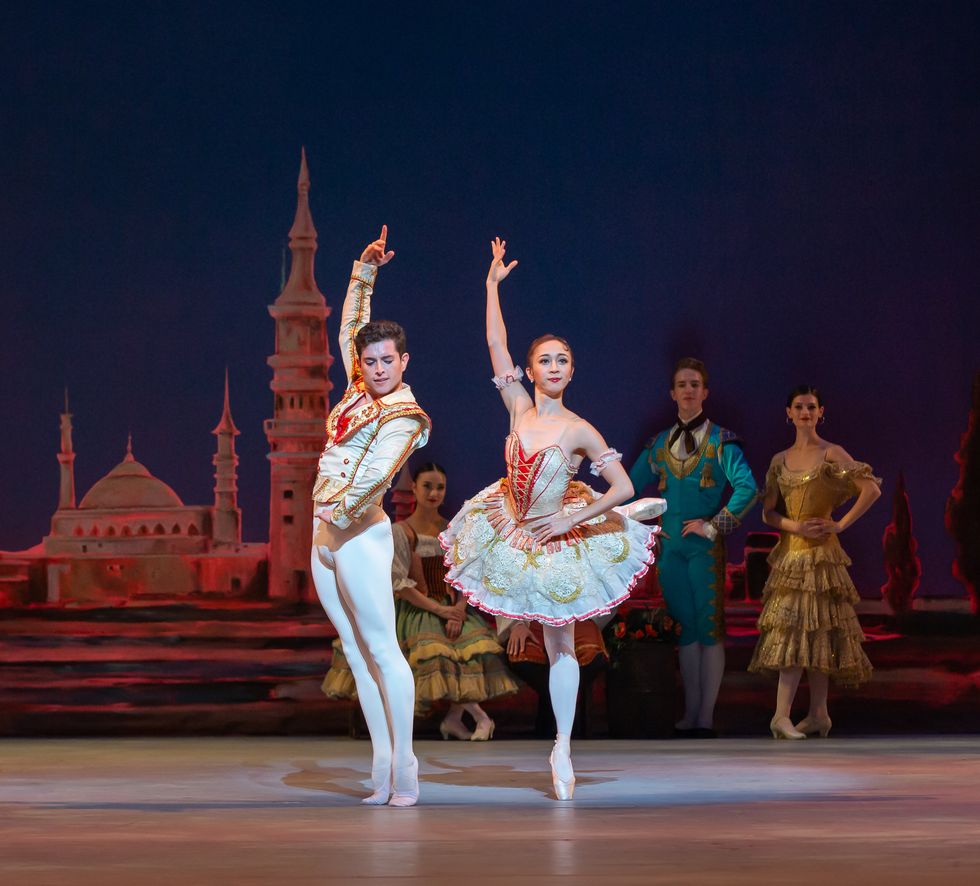 But more impressive was the way he truly never stopped dancing in the calmer, less flashy passages. It's all too easy for a dancer who plays a "subtle" Basilio to be overpowered by their Kitri, but for Estevez, a simple gesture seemed as important as a lift. He wasn't a caricature of a Spanish barber, but a nuanced leading man. And anyone who can downplay the theatrics of Don Quixote while still delivering a compelling performance must be doing something right.